Homeopathy is a scientific system of health care that activates the body’s own healing processes to cure disease naturally, gently, and promptly. Homeopathy is a natural pharmaceutical science that uses very small or infinitesimal doses of substances from the plant, mineral, and animal kingdoms to activate the body’s healing response. 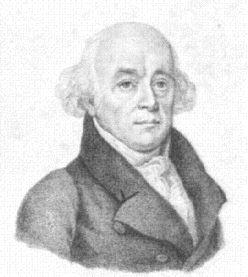 German physician and chemist Dr. Samuel Hahnemann founded the science of homeopathy in the late 1700s. While performing research on the toxicological effects of the medicines of his time, Dr. Hahnemann discovered that a specific dilution and potentization of a substance would remove symptoms the substance was capable of evoking in a healthy person. Through numerous experiments, he advanced the theory that “likes are cured by likes,” and established what has become a verified law of pharmacology, the law of similars.

An example is seen in the symptoms caused by being exposed to sliced onions. The eyes may burn and water profusely, the nose may run, and sneezing may occur. These symptoms produced by sliced onions are very similar to those of hay fever. Allium cepa, Latin for red onion, is a powerful remedy when diluted and prepared using homeopathic principles.

To the surprise of most, the first double-blind crossover study ever performed was done in 1906 by homeopaths. This impressive study was done concurrently in eleven different cities on 51 subjects.  This particular experiment consisted of 665 pages, which contained research provings for Belladonna.

In addition, at the turn of the century, a book called The Logic of Figures or Comparative Results of Homeopathic and Other Treatments was published. This book provides dozens of charts comparing disease and death rates in homeopathic versus allopathic hospitals. This also included the epidemic diseases of scarlet fever, yellow fever, typhoid, etc. The homeopathic hospitals usually had 50-80% fewer deaths, depending on the disease compared.

The British government sponsored another early double-blind study during World War II. The experiment demonstrated that those who experienced mustard gas burns and were given homeopathic remedies experienced significant improvement, in comparison to those given a placebo. A 1982 review provided further substantiation of the statistical significance of this research.

Homeopathy is growing so rapidly in France that a recent cover story of Le Nouvel Observateur, one of France’s leading magazines, noted that President Mitterrand and six medical school deans called for more research on homeopathy.

Homeopathy has received much attention in the popular and scientific press. Newsweek, Time, “The Today Show,” “CBS Morning News,” New York Times, Los Angeles Times, Boston Globe, UPI, AP, and National Public Radio are some of the media that have carried one or more stories on homeopathy in recent years.

In 2006, the Swiss government concluded a multi-year, meta-study of the effectiveness and safety of homeopathy. Their findings verified homeopathic treatment has proven to be one of the safest and most cost-effective forms of health care known. They have since included homeopathic coverage in their national health insurance program.

The Washington Post, April 28, 1983, reported the number of physicians practicing homeopathy doubled from 1980 to 1983.

Homeopathy is experiencing widespread popularity in Europe, but is even more popular in Asia, especially India, Pakistan, and Sri Lanka. Homeopathy has spread like wildfire in India due to its effectiveness in treating acute infectious conditions and chronic maladies on the subcontinent. Presently, there are more than 120 four- to five-year homeopathic medical schools, and 100,000 homeopathic practitioners in India.